As a reminder to members, inpatient rehabilitation facility (IRF) quality reporting program (QRP) data collected between April 1, 2015 and June 30, 2015 must be submitted by Sunday, November 15, 2015. Additional information, including a list of the quality measure data that is due, is available on the IRF Quality Reporting Spotlight and Announcements web page.

Home Care Rule
Linda Drummond, RCPA director, Intellectual and Developmental Disabilities Division, is working with the PA State Independent Living Council and Temple’s Institute on Disabilities, to determine the impact of the new US Department of Labor’s Home Care Rule on providers. Please share any questions, issues, or recommendations regarding this rule with Linda Drummond, for inclusion with the document being developed for the Department of Human Services, on areas of concern impacting service providers on implementation of this rule. This may be impacting LifeSharing/Shared Living, Participant Directed, and Companionship services.

END_OF_DOCUMENT_TOKEN_TO_BE_REPLACED

Under the proposed rule, hospitals would be required to develop a discharge plan within 24 hours of admission or registration and complete a discharge plan before the patient is discharged home or transferred to another facility. These requirements will apply to all inpatients, and certain types of outpatients, including patients receiving observation services, patients undergoing surgery (or other same-day procedures where anesthesia or moderate sedation is used), and emergency department patients who have been identified as needing a discharge plan. In addition, hospitals will be required to:

The proposed rule is scheduled to be published in the November 3, 2015 Federal Register with a 60-day comment period.

ODP Updates
The Office of Developmental Programs has issued the following information: 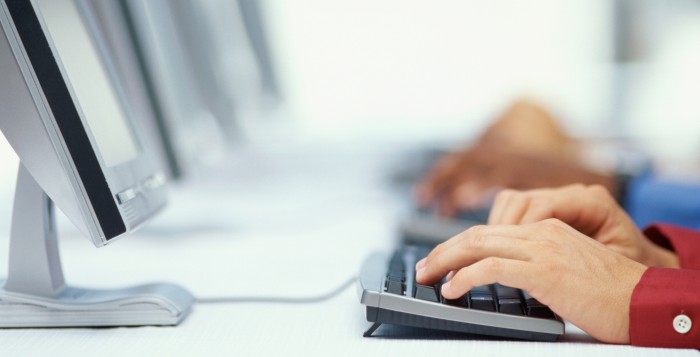 The Centers for Medicare and Medicaid Services recently identified a system’s error when calculating payments for inpatient rehabilitation facility (IRF) providers. To correct this error, a special wage index under the fiscal year 2016 IRF prospective payment system (PPS) will need to be implemented. This system fix will be implemented sometime around October 26, 2015. Providers’ Medicare administrative contractor will mass adjust affected IRF PPS claims with dates of service on or after October 1, 2015. No provider action is required.

Governor Tom Wolf has issued a proclamation, stating “October is Disability Employment Awareness Month.” This recognizes individuals with disabilities and promotes awareness of employment options and initiatives for these individuals.

The state’s efforts on Employment First are in collaboration with the Department of Human Services and Department of Labor and Industry. This also includes

END_OF_DOCUMENT_TOKEN_TO_BE_REPLACED

RCPA would like to congratulate the Department of Human Services Office of Mental Health and Substance Abuse Services (OMHSAS) for being awarded a Certified Community Behavioral Health Clinic (CCBHC) planning grant, for $886,200. The application process was led by Dr. Dale Adair, OMHSAS medical director.

Pennsylvania was one of 24 states awarded this one-year grant. Authorized under Section 223 of the Protecting Access to Medicare Act of 2014, the planning grants are part of a comprehensive effort to integrate behavioral health with physical health care, utilize evidence-based practices on a more consistent basis, and improve access to high quality care. The planning grants will be used to support states to certify community behavioral health clinics, solicit input from stakeholders, establish prospective payment systems for demonstration reimbursable services, and prepare an application to participate in the demonstration program.

The criteria used to certify community behavioral health clinics emphasize high quality and evidence-based practices. Populations to be served are adults with serious mental illness, children with serious emotional disturbance, and those with long term and serious substance use disorders, as well as others with mental illness and substance use disorders.

The planning grants are the first phase of a two-phase process. When the planning grant phase ends in October 2016, awardees will have an opportunity to apply to participate in a two-year demonstration program that will begin in January 2017. Under the demonstration program, no more than eight states with certified community behavioral health clinics will provide behavioral health services to eligible beneficiaries and be paid using an approved prospective payment system.

In the October 1, 2015 Federal Register, the Centers for Medicare and Medicaid Services (CMS) released a Request for Information (RFI) to seek public comment related to new provisions in the Medicare Access and CHIP Reauthorization Act of 2015 (MACRA). This is for the design of the new Medicare physician payment system that will replace the Sustainable Growth Rate (SGR) formula, which includes the merit-based incentive payment system, alternative payment models, and a physician-focused payment model. Originally, comments were due by November 2, 2015; however, an extension of the comment period for an additional 15 days was published in the October 20, 2015 Federal Register, indicating the new due date as Tuesday, November 17, 2015.