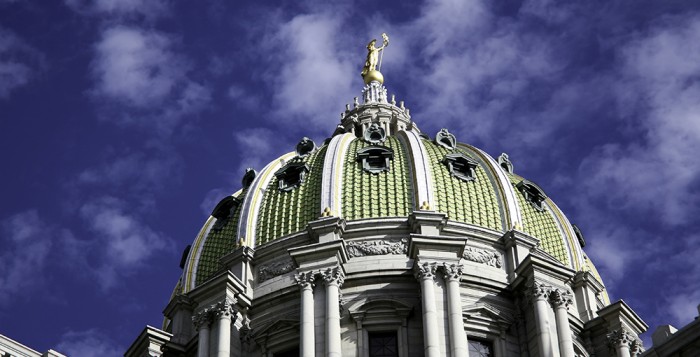 Later today, Gov. Tom Wolf is scheduled to announce another renewal — the sixth one since he first made the declaration on January 10, 2018 — of a state opioid disaster declaration. Pennsylvania state law regarding disaster declarations is written to address, primarily, natural disasters, and Wolf’s opioid disaster declaration was the first-of-its-kind health emergency-related disaster declaration. Under state law, a state of disaster emergency may be continued by the Governor for no more than 90 days, unless renewed by the Governor or terminated, at any time, by a concurrent resolution approved by the Pennsylvania General Assembly. His office says he plans to talk about two new opioid-related initiatives at the presser this afternoon in the Governor’s Reception Room in the Main Capitol, and he’ll be joined by State Insurance Commissioner Jessica Altman, State Health Secretary Dr. Rachel Levine, Drug and Alcohol Programs Secretary Jennifer Smith, members of the Opioid Command Center, and state legislators. Questions, please contact Jack Phillips.