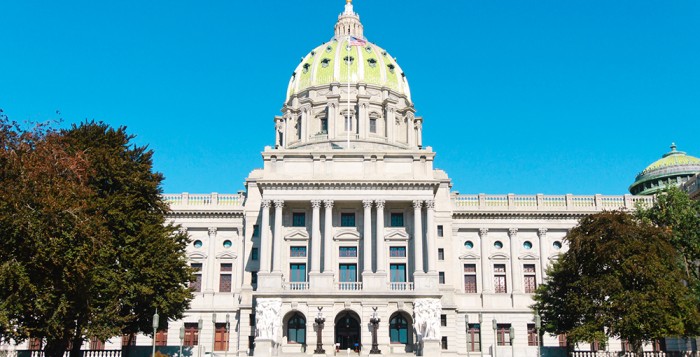 On Tuesday, members of the House Republican and Democratic caucuses chose their respective leadership teams for the upcoming 2019-20 Legislative Session.  When the House re-convenes in January, the House Republicans will hold a 110-93 majority, which is historic, because this is only the second time since 1924 that the Republicans have maintained the majority in the House for four or more consecutive two-year legislative sessions.

The House Republican leadership team for the 2019-20 Session is as follows:

House Speaker Mike Turzai (Allegheny), was chosen by the caucus as its Speaker-designee for the coming two-year session. Given the GOP’s solid majority in the House, Turzai is a virtual shoe-in to repeat as Speaker, a position voted on by the entire House during the General Assembly’s swearing-in day, which will be Jan. 1, 2019 this time around.

There were no changes for the other caucus leadership spots with the current leadership team winning re-election for their positions.  Those positions are as follows:

The House Democrat leadership team for the 2019-20 Session is as follows:

Minority Leader Frank Dermody, D-Allegheny, will continue to lead the caucus during the next legislative session as a result of Tuesday’s leadership election. He ran unopposed.

The House Republican leadership team for the 2019-20 Session is as follows:

Reps Harris and Bradford succeed two western Democrats – Reps. Mike Hanna, D-Clinton, and Joseph Markosek, D-Allegheny, who are retiring from the House and their whip and appropriations jobs, respectively.

Rep. Matt Bradford defeated Rep. Dan Frankel (Allegheny) in a close vote for the appropriations post. At one point before the vote, Bradford and his supporters went to another room to caucus on strategy.