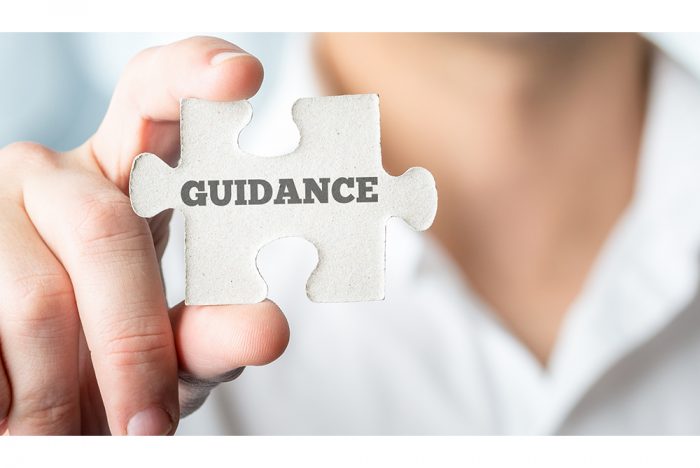 The Center for Medicare & Medicaid Services (CMS) has released a one-page overview titled “COVID-19 Vaccination Requirement for Health Care Providers and Suppliers.” The one-pager gives an overview of the facilities and organizations that are required to participate in the vaccine mandate as well as guidance for meeting the standards and the enforcement process.

RCPA continues to engage with the Department of Human Services (DHS) and the Governor’s office on Pennsylvania specific recommendations and guidance as it relates to this mandate. We will continue to apprise members of any changes or state specific implications. 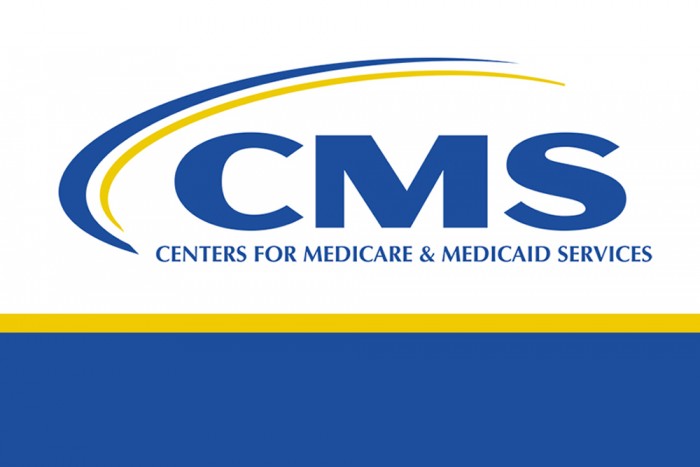 END_OF_DOCUMENT_TOKEN_TO_BE_REPLACED

Today the Centers for Medicare & Medicaid Services (CMS) announced the approval of a first-of-its-kind Medicaid demonstration project that broadens treatment services available to Medicaid beneficiaries living in the District of Columbia (“the District”) diagnosed with serious mental illness (SMI) and/or serious emotional disturbance (SED).  At the same time, CMS is approving the District’s request to begin providing new services for its beneficiaries diagnosed with substance use disorder (SUD).

The District is the first in the nation to receive federal approval of the new SMI/SED opportunity since the Trump Administration issued a letter describing the opportunity to state Medicaid Directors in late 2018. The SMI/SED section 1115 demonstrations will allow state Medicaid programs to overcome a longstanding payment exclusion which will, in turn, allow them to treat individuals with SMI who are short-term residents in settings that qualify as institutions for mental disease (IMD). The District is also taking advantage of CMS’s demonstration opportunity that offers similar flexibilities for Medicaid beneficiaries diagnosed with opioid use disorder (OUD) or other SUDs.

“Today’s historic approval will substantially increase the range of services that are available to meet the needs of the District’s Medicaid beneficiaries who are diagnosed with serious mental illness and substance use disorder,” said CMS Administrator Seema Verma. “This integrated approach supports the District’s goals of reducing opioid misuse and overdose deaths – while expanding the continuum of mental health and substance use treatment options for individuals in need.”

The District has been especially hard-hit by the nation’s opioidcrisis and has witnessed opioid-related fatal overdoses increase by 236 percent from 2014-2017.[1] In addition, about one-third of the District’s adult residents that are treated for OUD/SUD have a co-occurring SMI—which means that this combined SMI/SED and SUD demonstration has the potential to save thousands of American lives.

This demonstration will also support the District’s goals to meet the needs of people experiencing homelessness.  Studies consistently reveal that large proportions of chronically homeless people have SMI, SUD or both, and today’s approval of the District’s combined SMI and SUD demonstration is expected to improve access to acute care, residential treatment, crisis stabilization and other mental health and SUD services.

Long-standing federal law has prohibited states from receiving federal matching funds for providing services to Medicaid beneficiaries while residing in IMDs. DC, along with over half the states in the country, has taken advantage of an opportunity created by the Trump Administration in 2017 to not be bound by this IMD payment exclusion for Medicaid recipients diagnosed with OUD and other SUDs.  In November 2018, CMS also announced a new demonstration-type for states that provided additional opportunities to better serve individuals diagnosed with SMI and/or SED—which will allow states to broaden access to treatment for individuals across the entire behavioral health spectrum. States participating in CMS’s SMI/SED demonstrations must also commit to taking a number of steps to improve their community-based mental health care.

In addition to being the nation’s first approved SMI/SED demonstration, the District’s award also marks the 27th approved SUD demonstration. With this approval, CMS anticipates that, over time, there will be measurable, verifiable and actionable outcomes for the District’s Medicaid recipients—including reductions in opioid-related overdoses, improvements in accessing and maintaining treatment, and reductions in preventable emergency room and inpatient care.

For more information regarding the District’s demonstration please visit https://www.medicaid.gov/medicaid/section-1115-demo/demonstration-and-waiver-list/?entry=51662.

Additionally, CMS will host a call on Tuesday, November 12 to help OTPs understand the new benefit and how to enroll in Medicare. Please share the following announcement with your members and encourage them to attend.

During this call, learn about the new benefit, the Medicare program, and how to enroll. For more information, visit the OTP web page.

On August 9, 2019, the Centers for Medicare and Medicaid Services (CMS) released the calendar year (CY) 2020 outpatient prospective payment system (OPPS) proposed rule. In addition to the proposed changes to the amounts used to determine the Medicare payment rates, this proposed rule updates and refines the requirements for the hospital outpatient quality reporting program. Included in this proposed rule is a provision that would require inpatient rehabilitation facilities (IRFs) and other hospitals to post certain payment information, which seeks to increase price transparency by requiring all hospitals in the United States to make hospital standard charges available to the public. It would also publish patients’ out-of-pocket costs for scheduled health care services. The rule also proposes to implement site-neutral payment rates for outpatient hospital physician visits that would align the payment amount for non-hospital physician visits. Comments on this proposed rule will be accepted through September 27, 2019. Contact Melissa Dehoff, RCPA Director of Rehabilitation Services, with questions.

END_OF_DOCUMENT_TOKEN_TO_BE_REPLACED 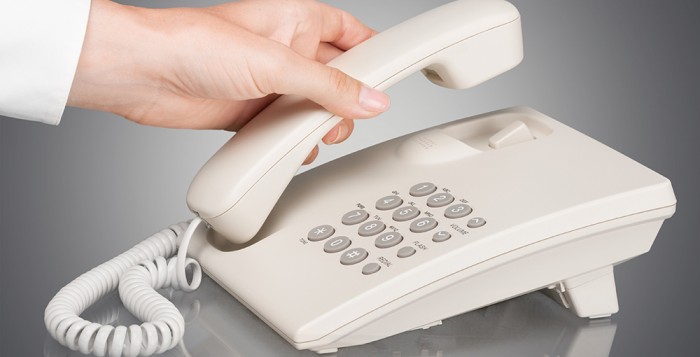 To participate in this open door forum, please dial: 800-837-1935 and reference conference ID: 2818049. If you are unable to participate in the call today, an encore audio recording will be available beginning four hours after the original call has ended. To listen to the recording, dial: 855-859-2056 and reference conference ID: 2818049. This recording will expire after two business days. 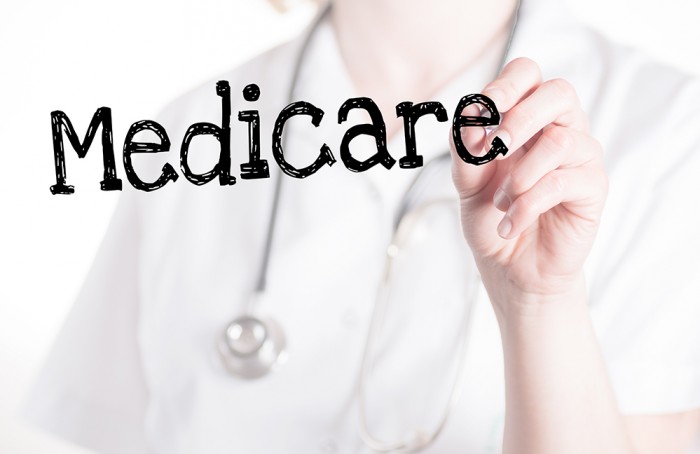 The final policies announced today leverage new authorities provided to CMS in the Bipartisan Budget Act of 2018, which President Trump signed into law last year. CMS is finalizing changes that would allow Medicare Advantage beneficiaries to access additional telehealth benefits, starting in plan year 2020. These additional telehealth benefits offer patients the option to receive health care services from places like their homes, rather than requiring them to go to a healthcare facility.

CMS is also finalizing changes that will make improvements to Medicare Advantage and Part D Star Ratings so that consumers can identify high-value plans. The final rule updates the methodology for calculating Star Ratings, which provide information to consumers on plan quality. The new Star Ratings methodology will improve the stability and predictability for plans and will adjust how the ratings are set in the event of extreme and uncontrollable events such as hurricanes.

The final rule will improve the quality of care for beneficiaries dually eligible for Medicare and Medicaid who participate in Dual Eligible Special Needs Plans (D-SNPs). These beneficiaries usually have complex health needs; if they have a complaint about their healthcare or about access to items and services, they have to work with multiple organizations, one responsible for Medicare benefits and another responsible for Medicaid benefits, in order to file an appeal. The final rule will create one appeals process across Medicare and Medicaid, which will make it easier for enrollees in certain D-SNPs to navigate the healthcare system and have access to high quality services. The final rule will also require plans to more seamlessly integrate Medicare and Medicaid benefits across the two programs, such as notifying the state Medicaid agency (or its designee) of hospital and skilled nursing facility admissions for certain high-risk beneficiaries, to promote coordination of care for these patients.

Today’s announcement builds on the 2020 Rate Announcement and Final Call Letter released earlier this week that gives Medicare Advantage plans flexibility to offer chronically ill patients a broader range of supplemental benefits that are not necessarily health related and can address social determinants of health. With these new telehealth and supplemental benefits, Medicare Advantage plans will have the flexibility to provide a historic set of offerings to beneficiaries. Medicare Advantage plans will be able to compete for patients based on their new offerings and overall cost. CMS is working to update the Medicare Plan Finder with these new choices, so that beneficiaries will be able to see their new choices and benefits and can pick the plans that work best for them.

The fact sheet on the CY 2020 Medicare Advantage and Part D Flexibility Final Rule (CMS-4185-F) can be found here. The final rule can be downloaded from the Federal Register.