Things Look to be Far Different 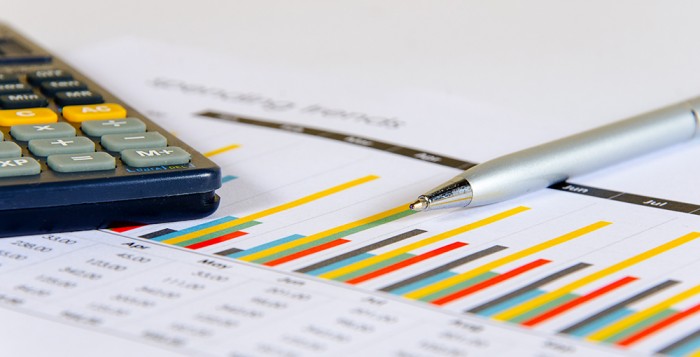 Capitolwire: New IFO Report Indicates PA Should End FY 2020–21 With a Sizable Revenue Surplus, But With Direct Federal Payments Ending, Things Look to be Far Different for the FY 2021–22 Budget Now in Development

HARRISBURG (May 27) – Pennsylvania’s current fiscal year should wrap up on a very positive revenue note, but the coming fiscal year could be a rocky one to negotiate for state lawmakers preparing a state budget, according to the latest revenue updates released Wednesday afternoon by the Independent Fiscal Office.

Thanks to nearly $78 billion in direct federal payments to individual Pennsylvanians during Calendar Years 2020 and 2021, along with another nearly $79 billion in federal support to businesses, as well as the state government and the commonwealth’s local levels of governments, the IFO forecasts the state’s General Fund will end with $1.674 billion more than the agency had estimated in January.

What makes that upward adjustment to $40.111 billion even more impressive is that when the IFO forecast in January the state’s General Fund would end Fiscal Year 2020-21 with $38.437 billion, that total, after applying estimated tax refunds and expected state expenditures, produced a revenue surplus of $1.481 billion.

And while there are more state expenditures to rectify than had been contemplated by the IFO in January, the total revenue surplus from which those additional expenditures will be deducted now appears as though it will be more than $3.1 billion.

It’s important to note the IFO’s revenue estimates and overall General Fund forecasts differ from those used by the state Budget Office. Revenue collections for May won’t be released until the start of June next week, but the figures for the month are expected to be in excess of estimate by a sizable amount given that the deadline for personal income tax (PIT) return filing was delayed from April 15 until May 17. That pushed into May a significant portion of PIT collections that would have been received by the state in April. Even with those delayed payments, Pennsylvania’s General Fund collections in April managed to stay slightly ahead of estimate, with the Fund, through April, having $1.3 billion more than expected.

So, while the state might not end the current fiscal year on June 30 with a surplus of more than $3.1 billion, things do appear to be trending in a positive direction.

That’s a good thing, since there’s around $1 billion in state Department of Human Services spending, in excess of approved appropriations, that will have to be paid, and having a surplus makes that easier to do. And whatever is left over may be needed to address what the IFO says will be a decidedly different story in Fiscal Year 2021-22.

The IFO initial General Fund revenue estimate for FY2021-22 is built on the expectation that once there’s an end to the massive amount of COVID-19 federal spending – much of it direct payments to individuals in the form of unemployment benefits and stimulus payments – the state’s economy, and the revenues generated from various sources, will revert back to the former path it was on prior to COVID-19.

That’s bit of a problem since the IFO in January projected state expenditures would hit $37.975 billion in FY2021-22, and the $37.96 billion in General Fund revenue forecast by the IFO for FY2021-22 isn’t the final amount of revenue that would be available, as tax refunds (normally around $1.3 billion) would still have to be deducted. There’s also the matter of the considerable amount of one-time revenues and expenditure offsets – approaching $5 billion – used to construct the FY2020-21 state budget, with at least a portion of that adding to the hole to be filled in FY2021-22.

Additionally, this all assumes the General Assembly doesn’t approve plans to generate additional expenditures or revenue, both of which Gov. Tom Wolf would like to do as part of the FY2021-22 budget he proposed in February.

While it remains unclear how much of a hole will have to be filled for the FY2021-22 budget to balance, it will be a daunting figure.

Of course, the state lawmakers developing the budget always seem to find ways of moving money around to fill holes, and with some amount of FY2020-21 surplus likely to be available after all the bills are paid, and potentially some amount of the $7 billion in federal COVID-19 stimulus available for budget stabilization (though lawmakers have been warned about using those federal dollars to pay for recurring expenditures), it’s not outside the realm of possibility that the hole – whatever it ends up being before the budgeteers get to it – could be made smaller or erased as has been repeatedly done in the past.

Not factored into the IFO’s revenue forecast is the more than $13 billion in federal funds from the latest round of stimulus, of which, as already noted, roughly $7 billion is coming directly to state government (the rest of which is flowing to local governments throughout the state), and has yet to be appropriated for anything.

The IFO forecast also does not contemplate the impact of additional stimulus initiatives, such as plans to direct more federal dollars to infrastructure or other items that could provide more direct payments to Pennsylvanians.

“Bear in mind, there’s a lot of moving parts for the revenues … it’s more complicated than usual,” said Knittel at the outset of his presentation Wednesday, noting the difficulty in determining what will occur when federal dollars are no longer being injected into the state’s economy and the effect that will have on the behavior of Pennsylvanians who no longer have access to those additional federal dollars, as well as the tax shifting that could occur as businesses not only react to those dollars but also potential tax changes being considered at the federal level (with the Biden administration suggesting a repeal or at least a trimming of the business tax reductions made during the Trump administration).

The IFO report identified one of the big wildcards as employment, as the state is still well over 400,000 jobs short of where it was pre-COVID-19.

Knittel warned it’s unlikely all those Pennsylvanians currently unemployed – roughly 900,000 potential workers as of April (which excludes most high school and college students) – will find a job when their unemployment benefits run out, particularly if they wait until September when the extra federal unemployment benefit is scheduled to end.

He said many businesses have already adjusted to the current economic climate and labor market, filling some jobs with workers earning higher wages, and finding other ways to improve productivity – through such things as automation and using other forms of technology – to replace the jobs that employers can’t currently fill.

It’s possible those who wait until the fall to begin looking for jobs may find there are more people looking for jobs than there are available jobs, said Knittel, a situation that will put negative pressure on wages and ultimately impact state revenues based on personal income and consumer spending.