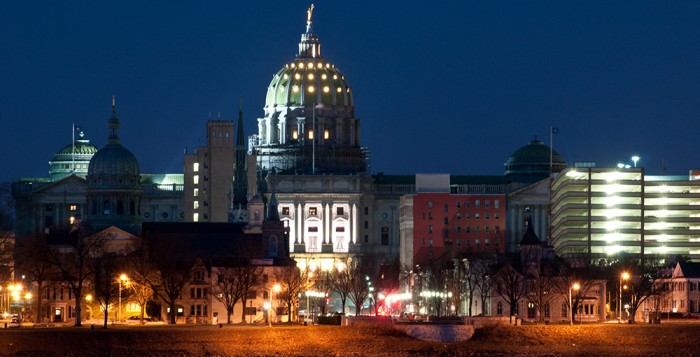 Yesterday was a mixed bag of results nationally for both parties. The Democrats took control of the House Representatives, while the Republicans maintained control of the Senate. After a cursory look at the federal election results in Pennsylvania and nationwide, it looks like the blue wave did materialize like some had predicted. Nationally, the Democrats gained a little better than the historic average of 28 seats for the party out of power during a presidential mid-term election. The Democrats in Pennsylvania took advantage of the Pennsylvania Supreme Court-drawn congressional map and congressional retirements to flip seats in the Southeast. The breakdown of the PA Congressional Delegation prior to last night was 13-5 in favor of the Republicans; after last night, the PA Congressional Delegation breakdown will be 9-9 between Democrats and Republicans.

In the Senate, Incumbent Senator Bob Casey had an easy time dispatching his challenger Lou Barletta. Nationally, the Republicans held control of the Senate and added 3 to 4 seats to their majority. The Senate still has races that are “too close to call” in Montana and Arizona, and in Mississippi there will be a run-off election on November 27, because no one received more than 50% of the vote.

Turning back to Pennsylvania, Governor Tom Wolf defeated his opponent Scott Wagner by a 17% point margin, ensuring him 4 more years in the Governor’s mansion. In the General Assembly, the Senate Democrats were able to pick up 4-5 seats (one seat is “too close to call”). The PA Democrat Senate picked up at least 3 seats in the Southeast and one in the Southwest. The race in Bucks County between Incumbent State Senator Tommy Tomlinson and Democrat Challenger Tina Davis is “too close to call” with Senator Tomlinson leading by 500 or less. Incumbent State Senate Republicans Tom McGarricle (R – Delaware County) and John Rafferty (R – Montgomery) lost to their Democrat challengers. In the Southwest (Allegheny County – District 38), Democrat Lindsey Williams defeated Republican Jeremy Shaffer, who won the primary against the Incumbent Republican Senator Randy Vulakovich by a margin of 50.22% to 49.78%. When the PA Senate returns in January, the Republicans will maintain control of the Senate by a margin of 29 – 21 or 30 – 20 (depending on the outcome of the Tomlinson v. Davis race in Bucks County).

New members of the PA Senate are as follows:

New members of the House are as follows:

On the national level, it will be interesting to see whether the Democrat Speaker of the House (presumably, Nancy Pelosi) will be able to manage the various factions of the Democrat caucus. As you may recall, Speaker Paul Ryan had the same issues with the Republican caucus. Look for the President, Senate, and House to work together on issues of infrastructure and other smaller initiatives. The big issues of health care, immigration, the deficit, the passage of a budget, and tax cuts will probably not be resolved and be left as issues for the 2020 election.

At the state level, the Governor can pursue large initiatives such as raising the minimum wage, tax increases, pension reform, and other such issues because he will not be on the ballot in four years; however, both chambers of the General Assembly are still controlled by Republicans by comfortable margins, so the Governor’s initiatives will be tempered by a more conservative General Assembly.

RCPA looks forward to our continued working relationship with the Governor, returning members of the General Assembly, and we look forward to meeting and working with the newly elected members.

For all election results from the Pennsylvania Department of State, please check here.