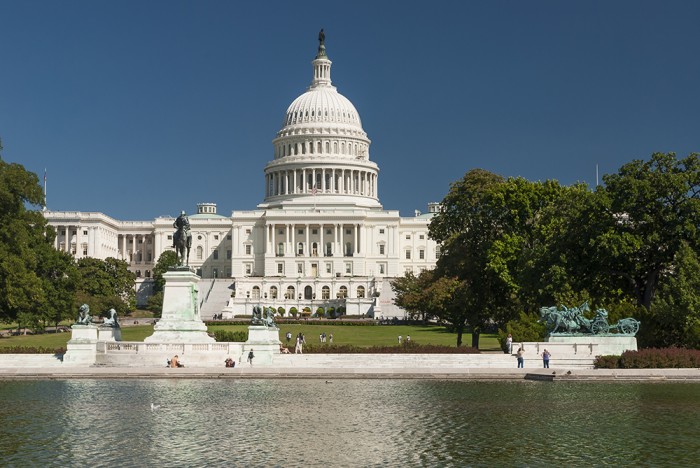 This alert contains information from both the National Council for Behavioral Health and the American Medical Rehabilitation Providers Association (AMRPA).

On Monday, President Trump unveiled his Fiscal Year (FY) 2020 budget request — calling for a $4.7 trillion decrease in federal spending and detailing his Administration’s priorities for next year. The document revives efforts to block grant Medicaid and restrict eligibility, maintains spending to combat opioid addiction, and outlines other major health care priorities. As with most presidential budgets, this proposal stands little chance of being enacted into law as written. Instead, the President’s budget proposal will act more as a messaging tool to Congress, which is currently working to develop and pass a budget for FY 2020 over the next few months.

It is important to note that it is the role of Congress, not the President, to design and pass the federal budget. As with the President’s previous two budgets, this year’s ambitious spending cuts are unlikely to gain traction in Congress. Regardless, they present a starting point for the budget and appropriations processes and outline President Trump’s priorities as he navigates a divided Congress. It remains to be seen if any of the President’s recommendations (detailed below) will be taken up by Congressional appropriators as they move through the budget process.

Among the highlights of the President’s budget request for the Health and Human Services Department (HHS) for FY 2020:

Medicaid – Particularly notable among Medicaid proposals in the President’s budget are a requirement for all states to institute work requirements as a condition of enrollment and to eliminate the Medicaid expansion contained in the ACA. Earlier Kaiser Family Foundation estimates have found that a nationwide rollout of Medicaid work requirements could cost between 1.4 and 4 million individuals their health care coverage. Furthermore, the budget calls for Medicaid spending to be redirected into block grants or for per-capita caps to be imposed.

Although Congressional Republicans and the Administration have previously proposed to convert the Medicaid program to block grants through Graham-Cassidy and similar legislation, the Administration has recently given indications that it could attempt to implement block grants for some states through 1115 waiver authority. The budget also calls once again for passing legislation similar to the Graham-Cassidy bill, however, the chances for legislation that would make major changes to Medicaid and/or the Affordable Care Act passing the Democratic-controlled House are nonexistent.

Opioid Crisis — The budget would keep funding for a response to the opioid epidemic relatively flat. The Administration calls for the continuation of the $1.5 billion in State Opioid Response (SOR) grants, the same amount as FY 2019. The budget also asks for $1 billion for the NIH’s opioid and pain research programs, to set minimum standards for drug utilization review (DUR) programs, and $221 million to support and grow the behavioral health workforce. Of the funding to support the behavioral health workforce, $4 million would be set aside to train providers to prescribe medication-assisted treatment (MAT) for opioid use disorders. Additionally, the Administration proposes to continue funding Substance Abuse Prevention and Treatment block grants at $1.85 billion.

ONDCP – Trump’s fiscal 2020 budget blueprint for the third year in a row proposes slashing the White House’s Office of National Drug Control Policy’s (ONDCP) budget by more than 95 percent by moving the office’s two major grant programs into other federal agencies. The $100 million Drug Free Communities program would be folded into the Substance Abuse and Mental Health Services Administration (SAMHSA) while the $254 million High Intensity Drug Trafficking Areas grant would be transferred to the Department of Justice.

Mental Health — The President’s budget calls for $723 million (a $13 million increase) for the Community Mental Health Services Block Grant and $150 million for Children’s Mental Health Services, all level funding from FY 2019. Importantly, the President once again endorsed Certified Community Behavioral Health Clinics (CCBHC) model to care for people with serious mental illness and addiction, calling for level funding for CCBHC expansion grants at $125 million. In response to the Parkland school shooting, the budget also includes $133 million for school violence prevention efforts, which include school safety programs as well as trainings within schools for school personnel to better recognize the signs and symptoms of mental illness in students, such as Mental Health First Aid.

In total, SAMHSA sees its budget reduced by $62 million to $5.5 billion total. Some of that savings comes from regional substance abuse prevention and treatment programs and programs that provide advocacy for individuals with mental illnesses. Notably, the proposal eliminates the Primary and Behavioral Health Care Integration grants, a program that supports providers in implementing integrated care. The National Council will advocate for continued funding of this important program that improves care for individuals with co-occurring behavioral and physical health conditions.

NIH Funding — The budget rolls out the President’s initiative to end the HIV epidemic, a hallmark of his 2019 State of the Union address. HHS would receive $291 million for the initiative, including $140 million to the CDC for diagnosis and testing. The NIH would see an overall budget cut of approximately $5.5 billion.

Post-acute care providers – Unified PAC Payment System. The Budget proposes to “address excessive payment for post-acute care providers by establishing a unified payment system based on patients’ clinical needs rather than the site of care.” The Budget table shows savings from the reform beginning in FY 2020. The HHS Budget-in-Brief explains that the proposal will provide lower annual Medicare payment updates to SNFs, HHAs, and IRFs beginning in FY 2020 through FY 2024. In FY 2025, HHS would implement a unified post-acute care payment system for SNFs, HHAs, IRFs, and LTCHs. The payment rates would be budget neutral in FY 2025, risk adjusted, and established prospectively annually. According to HHS, the episode grouping and pricing would be based on the average cost for providing post-acute care services for a diagnosis, similar to the DRG methodology for inpatient hospitals. The proposal provides the Secretary with authority to adjust payments based on quality of care, geographic differences in labor and other costs, as well as other factors as determined appropriate.

Additional details on the President’s HHS budget request are outlined in the Department’s budget-in-brief document.